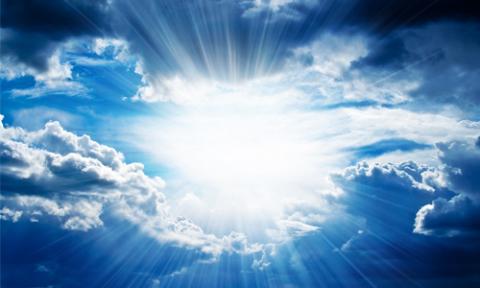 6 So when they had come together, they asked him, “Lord, will you at this time restore the kingdom to Israel?” 7 He said to them, “It is not for you to know times or seasons that the Father has fixed by his own authority. 8 But you will receive power when the Holy Spirit has come upon you, and you will be my witnesses in Jerusalem and in all Judea and Samaria, and to the end of the earth.” 9 And when he had said these things, as they were looking on, he was lifted up, and a cloud took him out of their sight. 10 And while they were gazing into heaven as he went, behold, two men stood by them in white robes, 11 and said, “Men of Galilee, why do you stand looking into heaven? This Jesus, who was taken up from you into heaven, will come in the same way as you saw him go into heaven.”

31 Heaven and earth will pass away, but my words will not pass away.

No One Knows That Day or Hour

32 “But concerning that day or that hour, no one knows, not even the angels in heaven, nor the Son, but only the Father. 33 Be on guard, keep awake.[a] For you do not know when the time will come. 34 It is like a man going on a journey, when he leaves home and puts his servants[b] in charge, each with his work, and commands the doorkeeper to stay awake.

34 Truly, I say to you, this generation will not pass away until all these things take place.

30 Truly, I say to you, this generation will not pass away until all these things take place.

32 Truly, I say to you, this generation will not pass away until all has taken place.

Many people have made a fortune writing and talking about the second coming of Jesus. Many Christians have devoted a significant amount of time and energy reading and quite frankly worrying about this subject.

Many gospel songs skyrocketed up the charts. “Jesus Is Coming Soon”, “The Eastern Gate”, “Redemption Draweth Nigh” and a multitude more.

Book after book came out on this very subject. Hal Lindsey was one of the more successful authors. In one of his subsequent books he even gave the date of the second coming, based on his Biblical research. Other authors would not be outdone, and several published books giving their determination of the future date that Christ would come again.  Obviously, they were all wrong.

Jesus tells us in the scripture above that no man knows the day.

That means that no man can figure out the day.

Further Jesus tells us that the angels in heaven don’t even know. Jesus as the second divine person in the Godhead says He doesn’t know, but only the Father knows the day, the hour and the second when He will call an end to this world.

Now the fact that Jesus who is God in the flesh says that He doesn’t know causes a problem for most. Yes, God the Father, Jesus the Son and the Holy Spirit are all God. However, they are separate beings with separate functions in the Godhead.

So, why doesn’t Jesus know the day and the hour if He is God, God manifested in the flesh? I wish I could explain this, but it is above our human ability to fully understand.

We must accept by faith that our God, the creator of all things, can manifest Himself in whatever form He wants and with whatever limitations of knowledge or actions that He chooses.

No man knows the date or the hour.  So why do people still write books on their interpretation of the Book of Revelation? Why do so many Christians pour over them looking for clues that will tell them what they can never know in this life?

This has always puzzled me because in truth this is not even near the top of the list of things that matter.

This subject adds nothing to our salvation and spiritual growth journey. It doesn’t help us to be a better Christian. It doesn’t encourage us to walk closer to God or commune with Him on a higher level.

Many people teach Matthew 24, Mark 13 and Luke 21 as foretelling the end of times. Christ does say some things that appear to be about the end of time, but for the most part He is foretelling the coming destruction of Jerusalem and the Temple by the Romans. In each chapter Jesus also says “This generation shall not pass away till all these things be fulfilled.” Obviously, that generation passed away about 2,000 years ago and Christ has not yet returned ushering in the end of time. This makes it clear that Jesus was not referring to the end of time in these verses.

I sincerely believe that Satan has used this subject and this ploy to detract Christians from the things that really do matter.

What truly matters is that we have accepted Jesus as our Savior and we are living our life according to His teachings. Reconciled with God and obedient to God. That is what we should be focusing on.

Does that mean we shouldn’t read Revelation? Of course, we should read this inspired book of the Bible. There is much teaching for Christians in the first three chapters that is not written in apocalyptic language.

Besides the first three chapters focus on chapters 21 and 22. These chapters tell us of the new heaven and new earth and are truly a revelation from God about what is to come after this life.

The apocalyptic language in the middle has brought about many interpretations. As for me, I do not view it as prophecy concerning the end of time, but rather prophecy about the persecution of the Christians that would soon come at the hand of the Roman Empire. In my view, this is why John was inspired to write the middle chapters in an apocalyptic manner. We must remember that John was captive and in exile on the isle of Patmos. Because it looked like gibberish or the writings of a crazy man, the Romans allowed the writing to leave the isle of Patmos and reach the Christians living under Roman rule. The book was encouragement and full of promises for those Christians who would soon be persecuted and killed for their faith. If they refused to bow down to the emperor, they would die.

Whatever you choose to believe, remember that the interpretation of the end of time really does not matter. It will happen when it happens. What matters is “are we ready to meet God?”

We will either meet God through death, or if alive, at the second coming. In fact, of all the people who have ever lived and will live, almost all of them have or will meet God through their physical death. If they are a Christian, their soul will be carried by the angels to meet God.

So, our focus should be on being ready for the journey, whether through death or at the second coming of Christ. Either way it will be a one-way flight to glory land.

Since no man or woman will ever know the date or the hour, don’t worry about it, or try to figure it out.

Instead, concentrate on walking closer to God and being the light of the world which He has called us to be. 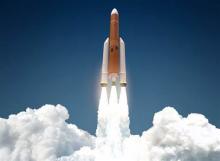 1 In the beginning God created the heavens and the earth. 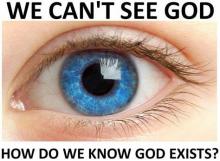 Because they cannot see God, many people believe He is just a mythical figure.

In fact, this is one of the primary reasons people give for not believing in God.  How can I believe in something that I cannot see they ask?

It is true, that we cannot see God physically.