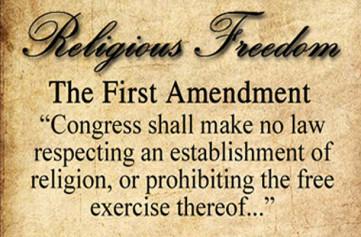 15 But if serving the Lord seems undesirable to you, then choose for yourselves this day whom you will serve, whether the gods your ancestors served beyond the Euphrates, or the gods of the Amorites, in whose land you are living. But as for me and my household, we will serve the Lord.”

It does not mean forcing one or any religion upon people.

Just as God initiated, religious freedom allows the free will of humans to worship as they want and so choose.

Everyone knows the story of the Pilgrims and Puritans who came to America from England, looking for religious freedom.

In their former country, King Henry VIII had decreed that all English must worship in the Anglican Church of England, when he formally split with the Pope and Catholicism.

Henry VIII set up a “State Religion” when he established the Church of England.

This did not set well, so these folks set sail for this new country where they could worship God in the manner they chose. They did not feel comfortable with the new State religion, as they viewed it too similar to Catholicism.

From the early immigrants, we get Quakers in Pennsylvania, Catholics in Maryland, religions considered fringe in Rhode Island. Other early immigrants were practicing Puritans, Baptists, Anglicans, Congregationalists, Methodists and Presbyterians.

There is a strong lesson here and one that we should meditate upon to fully understand.

This is dangerous and our founders knew it.

Thomas Jefferson was one of the primary backers of amending the Constitution to guarantee no “State religion.”

Jefferson, like most of the founders was a “deist” who believed in God, but not the virgin birth and divinity of Jesus. Deists believe in God as the creator and supreme being, but do not believe that God interacts with humans or intervene in the universe.

Jefferson obviously did not want anyone to tell him how he must believe and worship.

The 1st amendment to the Constitution reads in part, as follows:

“Congress shall make no law respecting an establishment of religion, or prohibiting the free exercise thereof;”

Based on what our founders had seen transpire in England and other countries, they would not establish a “state religion” in any shape, form or fashion.

The founders would make no law respecting an “establishment of religion.”  In other words, there would be no state or national religion.

Furthermore, they would make no law prohibiting the free exercise of religion. Any religion.

Given the simplicity and clearness of the 1st amendment, we would expect that it would be understood. However, we seem to have a problem, Houston.

There are many in this Country who believe that “their” religion is supreme and everything should be judged and based on it. In fact, they have animosity and disdain for many other religions.

This friend, is simply wrong and dangerous.

Guess what?  We won’t be happy then.

We should be thankful that our founders didn’t place the word “God” in the Constitution and didn’t create a “State religion” for all to follow.

The Constitution is the framework of our government, outlining our freedoms, not a spiritual document. The Bible is the Word of God and is our spiritual roadmap.

Instead, they leave it up to each individual to worship or not worship as they see fit. Exactly as God does. It is all about “free-will.”

Our job as Christians is to be the light that Jesus talked about and through our words and deeds, we may influence others to accept Jesus as their Lord and Savior. Not through the forcing of Government, but through living our lives as Jesus taught us to live.

Be thankful that our founders were smart enough to allow ANY religion to be exercised in America, even no religion at all. This is where our job comes in. 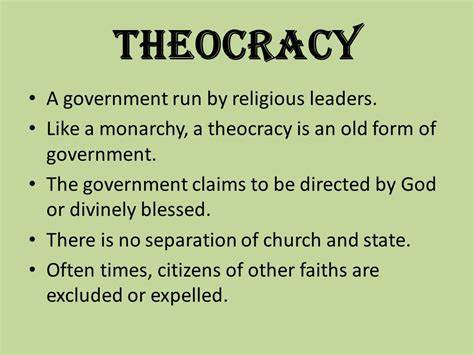 Again, our job as believers, is to be a light in a world of darkness; to help someone find Jesus as their Savior and to help others along their way.

12 Yet to all who did receive him, to those who believed in his name, he gave the right to become children of God—

God does not want people to believe because they are forced to believe.

No, God wants us to believe because we WANT to believe...of our own free will. 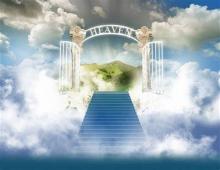 1 For we know that if the earthly tent we live in is destroyed, we have a building from God, an eternal house in heaven, not built by human hands.

John Lennon released a song  on 9/9/71 titled “Imagine” with the following line; 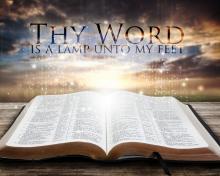